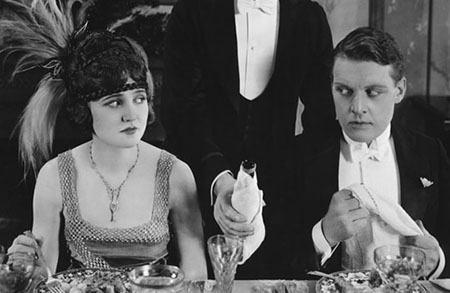 I think every parent dreads these awkward conversations. There are just certain things that your children need to know and you want them to hear it from you so that you get first crack at presenting the content. The “Sex Talk” for instance, is a time honored tradition. Fathers take young boys out for a father/son day with a secret agenda. Of course, if you succeed in having this conversation early enough the boys don’t really think anything of it and are just shocked their father wants to take them to the mall, or dinner, or fishing, etc. If it is too late… your child sees his parents exchange that significant look right before you leave the house and the jig is up! Cue awkward, silent car ride.

My father was never one for surprises… or awkward conversations… or conversations. Neither was sex a big secret in our home. I shared a wall with my parents for five years… they eventually moved their bedroom downstairs after they figured out the correlation between mornings they found me sleeping on the couch and nights that they… well… you know.

It also didn’t help that I had an older brother and we both played sports that involved other boys and locker rooms.A young man can learn many things listening to other boys talk in locker rooms

(none of which are actually true or based in reality). So the week my dad finally decided to bite the bullet he gave me a book on the reproductive system, asked me to read it by Friday, and then invited me out to dinner for some kind of weird sex book club. That was an awkward conversation.

Now that I have three daughters I was confident that I would be exempt for awkwardness of this size and magnitude. I don’t know enough about what is going on in a woman’s body or mind to speak intelligently about it to a budding young woman. So I figured my wife would handle this and I would get away scot-free. But the conversation I didn’t expect was the one we had at the dinner table last Tuesday. 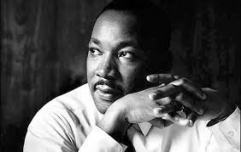 “Dad who was Martin Luther King Jr.? Why is he famous?” 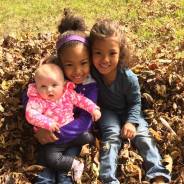 I have three little girls. Two are mixed race foster kids and one is biological. So one looks black, on looks hispanic, and one could not be any whiter. As a middle class white man, how do I teach my daughters about the civil rights movement and racism?

As it is, my girls barely understand the concept of different races. We were at the pool once and “D” wanted to play with a friend. Her friend was the only Black girl in the pool and when I asked her which girl she was going to play with “D” said, “Her! The tall one.” Also, when I was filling out forms for the doctor “D” watched me check all three boxes for white, hispanic and black. Her response was, “Dad! I’m not black! My sister… SHE’S black.” “Honey, you are both mixed. You have the same parents.” “No, Dad. SHE is black! I’m not black.”

So there it is. Hey, kids… you know… people that used to look like Charissa and I and your baby sister… we used to hate people that looked like you for absolutely no reason. First, we made them slaves.

Then we said you couldn’t go to school with us or drink from the same water fountains because we might catch your blackness like the flu. In fact, chances are you and your sister wouldn’t even be here because children that were black, hispanic and white… didn’t exist because loving someone with a different skin tone or cultural background was so taboo that you’re parents might have been killed for it.

Charissa and I tried to ease into this conversation by explaining that kids who had different skin had to go to different schools. That concept alone seemed so ridiculous to them that it was almost more confusing. The more we explained, they would say, “That’s just silly.”

How do I explain the gravity and the history of something I have no connection to? The civil rights movement seems so far away from us. MLK Jr. seems like a hero from a story about a different world, but at the same time the riots in Ferguson were not that long ago and not so far away from Kansas City.

I feel like I have to teach my children they are different in order to then try to convince them no one should be allowed to treat them differently.

How do I explain that police might treat them differently? How do I tell them that boys they will date (black or white) might have families who are not as understanding about mixed families? We are going to teach these girls to walk, talk and act like middle class suburban white people simply because that’s all we know. Am I robbing them of their history? As mixed race kids… how much of it IS their history? I feel like any steps I take are racist themselves.