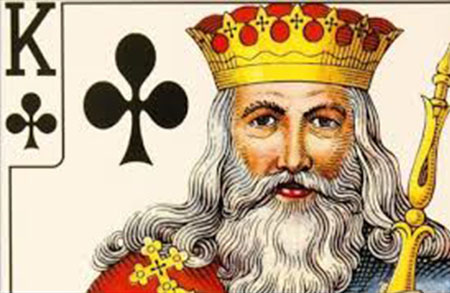 We hold so tightly to the things we are scared of losing only to realize they were never ours to begin with. In The Story, the Israelites wanted a king… an earthly king… because in the end most of us find security in being told what to do. We claim to be a generation that bucks authority and turns up our noses at the stifling oppression of rules. The irony is that we are allowed the freedom to flounder and protest because those that rule allow it. We claim to need no external authority but secretly feel secure when we have a flawed object to focus our affections and disappointments toward. 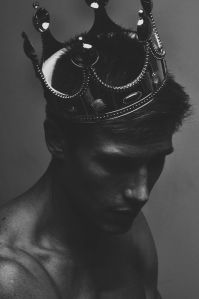 So Saul was chosen. And he was everything Israel asked for… handsome, tall, authoritative, flawed… a king of this world. A celebrity complete with manic depressive outbursts, drama and tabloid fodder. But all of this comes later.

When Saul begins his reign he is a risk taker. He is a fearless war leader with the prophet Samuel upholding him in battle. He takes his instructions from God and we all know the crazy battle strategies God comes up with. Then things start to change. Saul starts to enjoy being King. I don’t know if it is the fame, renown, women or just the feeling of control… I think it is the control. 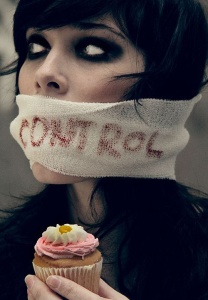 Control is intoxicating. The feeling of certainty, that you control your own destiny… now we call it a “God complex.” You can see this “I’ll do it myself” attitude start to take shape in Saul… offering his own sacrifices, trying to win his own battles, grooming his own son for kingship even though it is God and his prophet that determines sovereignty. However, God is not interested in Saul’s glory and he has Samuel bestow the kingship to a small shepherd boy.

Then, lo and behold, when Saul is facing the giant adversary Goliath, who would happen to show up but this boy. Saul, tall and strong, doesn’t dare go out to fight Goliath. Saul who was supposed to be God’s champion will not risk his life… he holds tight to his life of wealth and power. It is David who has the faith, David who performs the Hero Feat and takes the risk. And it is David who is rewarded for his bravery and faith. 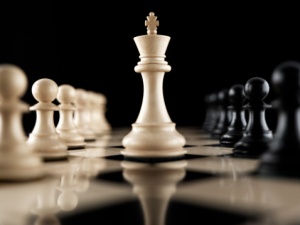 David keeps growing and even though he pledges himself to serve Saul (playing his harp to soothe Saul’s depression and rage, fighting for Saul as a battle chief, befriending Saul’s son Jonathan) Saul does not see God’s anointing surrounding David. Saul could have been hailed as a king of great wisdom and humility if he had recognized God’s anointing and given David the crown or at least looked to David’s example and sought repentance from God. Instead, he tightened his grip… on his kingdom, his son, his wealth, his spear… his control.

When I reflect on the two kingships of Saul and David it fills me with pity, grief and foreboding. Because I have seen pastors who treat their churches as the kingdom that God has entrusted them with (and rightly so). A pastor is given a flock to look after but he does not own the flock. Nor does a king own his sovereignty. It is a gift conferred by God and confirmed by the people. 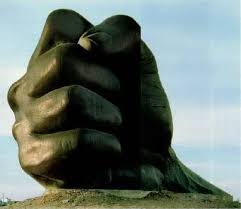 I have watched time and again leaders who are given much: God grows their church, expands their influence, blesses their church financially. But instead of holding loosely to what we have been given… instead of using the wealth God bestows to bless the people and take risks (because God’s battle plans are always a bit crazy), we start to become addicted to the excess… and held by control.

I feel it in myself. Business, logic, organization and foresight come easily to me, but everything costs something. If as leaders we don’t interweave our systems and structures with elasticity we will start to choke faith and gag the Holy Spirit as He tries to speak to us. It feels good to have money in the bank and able leaders to help minister to people, but I can’t hold too tightly. Leaders come and go. They are called and sent out. Money is not for the bank but for people, the ministry of God’s people. 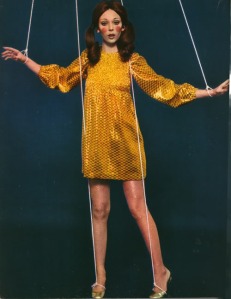 Control is for God alone because I do not possess the wisdom to lead a perfect life myself, let alone put other people on puppet strings. My prayer is that even though I am responsible for leading people that I would never lose my ability to let go of it all and trust that God will uphold me. That as I have more things: a house, a car, more and more children that I would never lose focus. Even my children, my own flesh and blood, do not belong to me and they can be ripped from me and this life at any moment. I cannot control their lives. I can only be faithful and pray God’s anointing does not leave me because I am found lacking in faith.