For the past two nights as I was watching the World Series with the rest of Kansas City, nothing was more sinfully delightful than the 8th inning faces of the Mets fans. The shock, disappointment and horror was… evident as they gnashed their teeth and raked their fingers down their faces while they watched their victory slip through the tiny cracks in their fingers.

(By tiny cracks I mean that gap between first and second named Murphy). So in honor of things being SO close to being awesome and then plunging into the depths of hell, I thought I’d share some things that elicited that same response in my life. Let’s count them down.

The nine collective hours of lens flares know as the four Transformers live action movies were less than I was hoping for. What does it say that I still cry when I watch the animated movie made in the early 80’s but when I watch any of the state of the art, modernly animated, well-funded studio films that Michael Bay made all I can feel is regret. I’m sure this franchise sold a lot of toys, but the sacrifice was all we hold dear about our childhoods. It was as if a blind man painted a sunset described to him by another man distracted by Megan Fox waving her cleavage around complaining that no one takes her seriously as an actress.

When I saw the teaser trailer I thought, “This will be awesome! We have the CGI technology to make this happen! And Transformers is so sacred they wouldn’t dare screw it up.” Cue the lens flare. Cue the dozens of robots that talk like rappers or can’t talk at all. Cue Shia Lebeouf who is Shia Lebeouf in every movie. Cue METS FACE.

There is me, when the credits roll, saying, “Wait! Did anyone actually see a Transformer? There was this blinding light in my eye the whole movie. I couldn’t look directly at anything. There was this car commercial with Megan Fox in it and then I must have had a seizure.” I’m pretty sure Michael Bay got a brief overview of the premise of Transformers and then made a movie out of one take shots. So disappointing… they made three more.

So I’m getting ready to leave on my honeymoon. I’m in Walmart (where all bad decisions start). I hate flying and I’m staring down the barrel of ten hours of flight time, so I start looking for a book to read. Nothing that I really have to digest. I’m not looking for Solzhenitsyn, just something to take my mind off being locked in a metal petri dish thousands of miles off the ground with some of the grossest, rudest human beings ever. I see I book I’ve never heard of: Twilight. 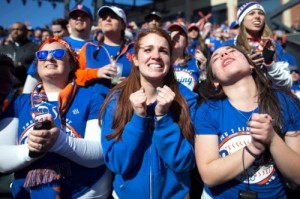 So I flipped the book over and read the premise, “Vampires that are made of stone vs. ancient Native American werewolves?!? This is going to be awesome!” It was not about vampires that are made of stone fighting ancient Native American werewolves. It was about some self-loathing empty shell of a girl who couldn’t find her identity outside of her emo boyfriend (who happened to be a vampire).

I actually read three books because of a promise of an awesome fight that doesn’t happen until the end of the third book. Then they promise a bigger fight at the end of the fourth book. After hours of my life that I’ll never get back,

I read the last words on the page and threw the book across the room! I reflected on my life and the choices I had made. Cue more METS FACE.

I can’t even talk about it.