Who doesn’t like action? Gladiator, Braveheart, Troy… we love to see the glory and cunning of two armies in pitched battle fighting for what they believe in. It could be for love, for glory, for land, or for survival. Nothing gets the blood pumping like rousing speeches and war paint. It honestly amazes me that of all the Bible movies that get made, no one has made “Joshua.” I’d like to see this happen.

We see a young Joshua start out as a soldier: one of the twelve spies of Canaan.

Let’s get Chris Hemsworth on this people, S.T.A.T.! I’m sure we can work out ways he can be shirtless. Cut to battle scene. Cut to other battle scene, cut to ambush, cut to the walls of Jericho falling, cut to the Israelites crossing the Jordan river on dry ground, cut to close-up of Chris Hemsworth saying something punny like “This land is our land… I promise.” Cut to Rahab the prostitute… oh no… wait… cut away… cut away… bounce your eyes.

“Joshua: when you need Moses, but with more awesome.”

There are people (and I really mean Christians) who hear that “God loves you” and they automatically picture a God in bunny slippers with some popcorn and some tissues ready to listen to you cry it out. That is why sometimes I like to return to the Old Testament from time to time. It’s not that I don’t believe in God’s unconditional love and immeasurable grace. It’s here in the Old Testament as well. Just look at Rahab… a woman included later in the family tree of Jesus Christ.

Here was a woman who clearly was living a life of sin, but when she heard about the miraculous ways God was blessing his people, she believed. She had faith. She had enough faith to not only say that God was the one true God, but she acted on that faith. It was that faith that saved her and her family. Later, she would be redeemed. Grafted into God’s people and the promise he gave them. Faith is always rewarded with grace. 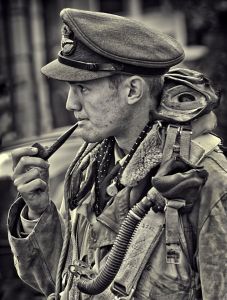 But the main reason I like returning to the O.T. is because it reminds me that God is a God who has for us clear instructions, mission, and purpose, and when we deviate from those instructions we suffer some real consequences. In The Story of Joshua we are able to see this on the national level with Israel and in these specific contexts it makes it more black and white… more real. It’s not as if “Oops, I didn’t help out that homeless person, now God’s going to punish me by making my $5 latte cold.” These were life and death circumstances. It was battle. And listening to the leading of God was the difference between victory and defeat.

My brother and I were talking on the phone and we were discussing faith.

He was asking me why we don’t see more miracles in America. He goes on trips to other parts of the world and miracles abound. Maybe the Holy Spirit is more concerned with signs and wonders with nations that have not received the gospel as much. Maybe there is something more primordial or elementary happening in the naive faith of these missionaries. Maybe God does more miracles in regions with fewer hospitals.  But I don’t honestly believe any of that.

I think that the difference between victory and defeat is faith.

My brother reminded me of all the times in the scripture when a miracle happened because of someone’s faith. It will be done “according to your faith.” And what is faith other than following the instructions of God and believing that he will keep his promises? If you don’t believe and RESPOND in faith, there are real consequences, not just “God isn’t going to bless me with a new SUV” consequences.

So why can’t we heal and raise people from the dead? We can’t even trust God with our checkbooks. We don’t care for widows and orphans (or foster kids). We are glad there are people out there that do, but that isn’t my spiritual gift. We won’t tithe (which should be a basic, easy thing to do) but instead we complain how a church is always after my money. Your pastor wants to teach you how to live in God’s blessing; we don’t NEED your money, God will provide for us. But we withhold and withhold bits and pieces of ourselves and then we wonder why when we pray to God to heal our family member from cancer that God doesn’t just hop to it. I’m sure the response is the same Jesus gave, “It will be done according to your faith.”